Along with ‘how much does it cost?’ this surely must be one of the most commonly asked questions when attending an IVF clinic for the first time.  With nearly 5 million children now being born as the result of artificial reproductive technology (ART), and more than half of them since 2007, surely the success rates are improving too?

As the media likes to constantly remind us and as we do actually already know, IVF success rates are dependent on age. The common statistic floated about is that fertility is at its best age 20 – 30, ok in the early 30’s and then freefalls after 35. If you believe the Daily Mail there is pretty much no chance of getting pregnant naturally after the age of 40.

The Centre for Diseases Control and Protection (CDC) has recently published data on the success rates of various ART cycles in the United States in 2012.  This is the most reliant and uptodate statistical information currently available.  Of all the IVF cycles that were completed (all 176247 of them), 68% were IVF with ICSI and it sounds about right that only 5% used preimplantation genetic diagnosis (PGD) testing. The information that CDC publishes is incredibly detailed and is even broken down to success rates of individual clinics, so is definitely worth checking out if you are going to a clinic in the U.S. This information is then collated and a National Summary is provided.  As I said, there is a wealth of data that is collected and published, but essentially the percentage of women lucky enough to have a live birth (including multiples) for cycles with non donor eggs according to age were: 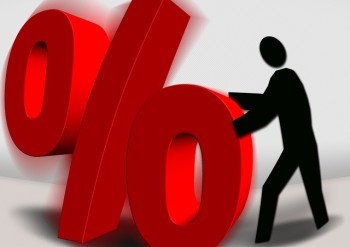 Remember that a cycle is the process of where on day 1 of your menstrual cycle you ring the clinic to commence your medications, then have egg pickup, fertilisation of eggs and growth of embryos until day 3 or 5 when they are usually transferred.   There can be a break in this chain at any time and cycles can at times be cancelled, no fertilisation may occur or there may be no embryos of a suitable quality to be transferred. That is why the results indicated are lower than if we were to only look at success rates per transfer, with a transfer being when the embryos are physically placed in the uterus. If we were to assume that the cycle did go to plan and there were embryo’s to transfer, the success rates per transfer suddenly increase to:

Although these success rates seem quite high, especially in the under 35’s it needs to be remembered that there was on average 1.9 embryos transferred at a time. This naturally presents a higher risk of twins, or more, which in itself carries the main risk of premature birth and the possible complications to your child’s health that can result.

For donor cycles the percentage of transfers resulting in a live birth across age groups were 56% for fresh transfers and 37% for frozen. This would indicate that by far the quickest way to parenthood would be to use donor eggs from a young woman most probably in her early to mid 20’s.

But these statistics just report overall percentages for women with a range of health issues including tubal factor, such as blocked fallopian tubes (14% of women had this diagnosis), uterine factor (6%), ovulatory dysfunction (14%), diminished ovarian reserve (31%), endometriosis (9%) and unknown factors (12%). 12% of women had multiple factors, 34% were unable to get pregnant due to male factor infertility and 17% of couples had both male and female factor infertility.

Yeah, but my case isn’t that bad, my chances are higher

You’re thinking it right? And it may be true. You might be closer to 25 then 35, healthy weight, don’t drink, don’t smoke and the only factor you have is that your partner has a low sperm count meaning that in theory, with ICSI you would make the perfect embryos (forgetting the fact that nothing ever goes smoothly in IVF!). It would be hard to extrapolise your exact chances of success given the above data because we are all more than just an age. That is why Celmatix may be of use (that’s their logo to the left in case you were wondering). Celmatix is a biotech firm that has been developing a huge database, called Polaris that provides ‘personalised medicine’. Polaris is used to collate and analyse the information of over 200, 000 real IVF cycles, taking information on a woman’s age, anthropometric data, lifestyle factors, diagnosis, results of previous cycles, hormone levels and much more other genetic information. This information is compared to data already collected on the other thousands upon thousands of cycles to more accurately calculate the probability of having children either with or without IVF and the timeframe of which it may take to achieve that success. Not only can it be useful to those who are going to give up (there was one statistic that mentioned many women give up after 2 cycles – even when insurance is funding treatment- and if they stayed around for just one more cycle 40% of those women would have had a child) but can also place realistic expectations in people who are more on the optimistic side. Instead of just picking numbers out of the sky, as it sometimes seems, a womans chances of success can be calculated far, far more accurately. This helps provide women with the information required to make a more informed decision when deciding whether or not to commence or continue with fertility treatment.

Without sounding like a Celmatix representative, which I’m not!, it seems that Polaris is likely to become more and more useful as it collects more data and more clinics can access this data.  This technology is still developing however and is only available to a few American trial clinics.

And a new study indicates…

There was one study published just this month (1) that used a computer model, yes, it is just a computer simulation but they seem pretty convinced as to its accuracy, that calculated if a woman definitely wanted only one child and was prepared to use IVF, she should start trying to conceive by the age of 35. If she wanted two this would drop to 31 and if she wanted 3 would drop to 28… and who has more then 3 children these days anyway? If the couple did not want to use IVF these numbers drop 3 – 5 years.

Other factors that influence success rates in IVF

Although the largest one is surely maternal age, there are other factors that may influence IVF success rates that we have no control and hence ‘blame’ for. These primarily focus on practices at the lab such as the skill of the embryologist, the culture medium that is used to hold the embryos, the use of an embryoscope, type of transfer catheter and technique in using, the freezing process… the list can go on. As I said, we, as patients, have very little control over these factors other then to ensure that we remain part of the IVF process and understand, even if it is at the most basic level, what we are undertaking.  That is also why it is useful to have the ability to compare the success rates across clinics using data like that published by the CDC.

IUI is often utilised where there is unexplained infertility, anovulation (lack of ovulation) and medication will be used to rectify that or there is only moderate male factor infertility (it has been quoted as a washed sperm count of over 1million is required (3), though this number is still relatively low and some clinics may recommend a higher number of around 10million). The success rates are considerably less then IVF and so too is documentation revealing the success rates. Success rates for IUI generally are between 10 – 20% though this can vary as widely as 5 -70% (apparently). This data dates back to 1985 (2); however, the accepted success rates of around 10% are still widely used.

To sum it all up, it seems that age does impact on the success rates of IVF.  There are more factors to consider then purely maternal age however and it is reassuring to know, at least for those in America, that there is data available that allows for comparison of success rates between fertility clinics.  Perhaps in the future this data will be collected from clinics world wide, which when paired with information from Celmatrix will allow women to make much more informed decisions when choosing to, or not to, pursue IVF and other ART procedures.

4. Cantineau, A., Heineman, M. & Cohlen, B. (2010) Single versus double intrauterine insemination in stimulated cycles for subfertile couples. The Cochrane Library