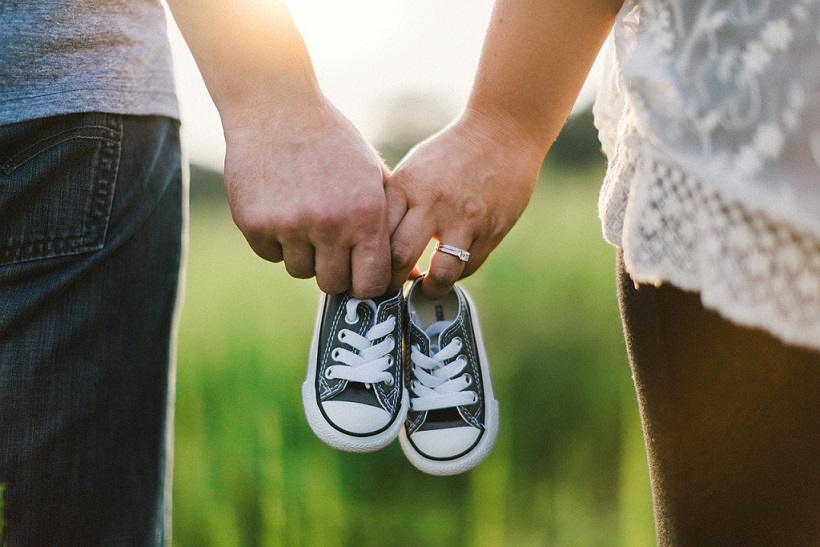 Up to 25% of women with fertility difficulties are ‘unexplained’.  So there are certainly a few ladies who will be interested to know that a comprehensive literature review evaluating the success of intra-uterine insemination (IUI) for women with unexplained fertility has confirmed its findings (1).

In an attempt to determine if IUI (both with and without medication) is more successful at achieving higher birth rates than timed intercourse or ‘expectant management’, the findings from 14 studies including 1867 women were combined and analysed.   ‘Expectant management’ by the way is letting nature run its course with no intervention. I find the term quite ironic in the fertility setting because that is the whole point – fertility patients are not ‘expectant!’ 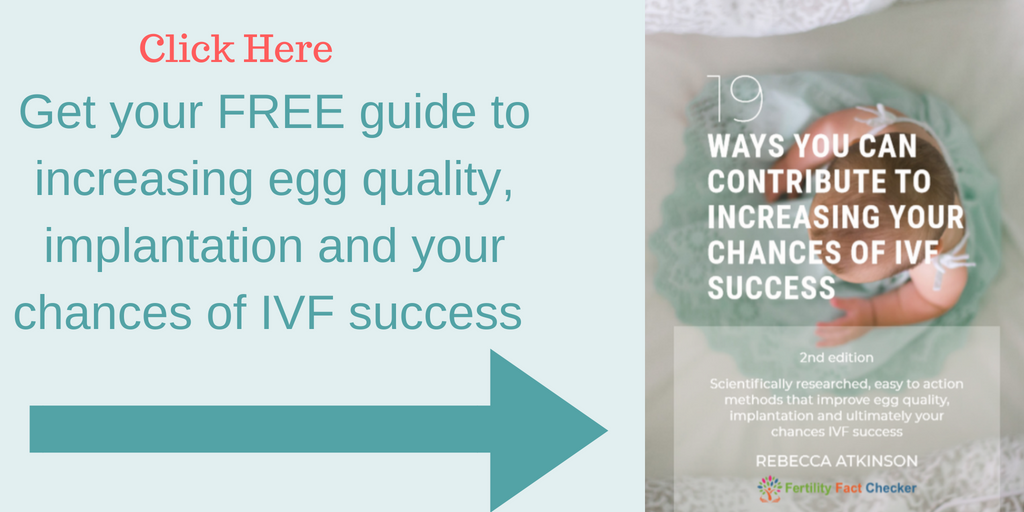 Remember, this review was completed to examine the impact of IUI for women with unexplained infertility. Not women with PCOS, not women who has a partner with low sperm count, just unexplained.

Interestingly, the authors included studies that examined women with mild endometriosis. Mild endometriosis was presumably not considered troublesome enough of a diagnosis to be the cause of preventing a woman getting pregnant. Women who had a diagnosis of moderate endometriosis however, were not included in the study.  It seems that having moderate endometriosis was a reason for being unable to conceive and hence these women were not categorised as ‘unexplained’.  You with me? Whilst we can appreciate why this distinction was made, I wonder if in years to come, as more research is completed if this distinction will change. From what I understand, how the reproductive system works – both in isolation and when interacting with our other systems such as the endocrine and immune system – it is in such a delicate balance. Perhaps one day even mild endometriosis will be found to have, for example, a very subtle immunological response that means it is widely recognised as a cause for fertility problems. Ultimately this may change the diagnosis and label of ‘unexplained’.  But for now and the purposes of this review, I digress.

In some instances of unexplained infertility IUI is considered the first port of call. It is financially less expensive and places less physical stress on the woman trying to conceive than IVF. Though if you ask me, and anyone else who has had a two week wait after an IUI, psychologically it is just as hard. IUI can be completed either with ovarian hyperstimulation or without.  Ovarian hyperstimulation is when medications are administered to stimulate the ovaries to produce and release an egg.  When there is no ovarian hyperstimulation, this is also referred to as a ‘natural cycle’.

Benefits of IUI with ovarian hyperstimulation

IUI with ovarian hyperstimulation is thought to have a few added benefits when compared to IUI without ovarian hyperstimulation. One of these is that with the hCG trigger shot (such as pregnyl or ovidrel) doctors theoretically can more accurately pin point the time of ovulation (1). This means that you can be more sure that when the sperm is inseminated, it is at the right time to fertilise the egg and hopefully get that BFP.

Another reported benefit is that IUI with ovarian hyperstimulation enables some subtle abnormalities with follicle and endometrial lining growth to be ironed out (1). I kind of see this as your reproductive system getting ‘hijacked’ and being coerced into do the ‘right thing’ through the administration of medications.

From what I read, the main negative is that there is a risk of ovarian hyperstimulation syndrome (OHSS). Presumably though this would be much less of a risk than women undergoing IVF as the quantities of medication being taken and the amount of follicles and eggs that are being grown are in much smaller quantities.

Another negative is the risk of a woman falling pregnant with multiple children. If during ovarian hyperstimulation a woman has three follicles growing there is a chance that all three follicles contain eggs and could fertilise (If you have more then two follicles growing in an IUI cycle sometimes your clinic will cancel your cycle for this reason). This risk would have been a little better controlled in IVF as most often only one or two embryos are actually transferred. It is also because of the risk of multiples that NICE fertility guidelines states that ‘ovarian hyperstimulation should not be offered to women with unexplained infertility.’

Regardless of the NICE guidelines though and the very real risk of complications to yourself and your future children, I am willing to bet that most women experiencing infertility would certainly take take their chances if it meant that an IUI with ovarian hyperstimulation would mean higher success rates…am I right? 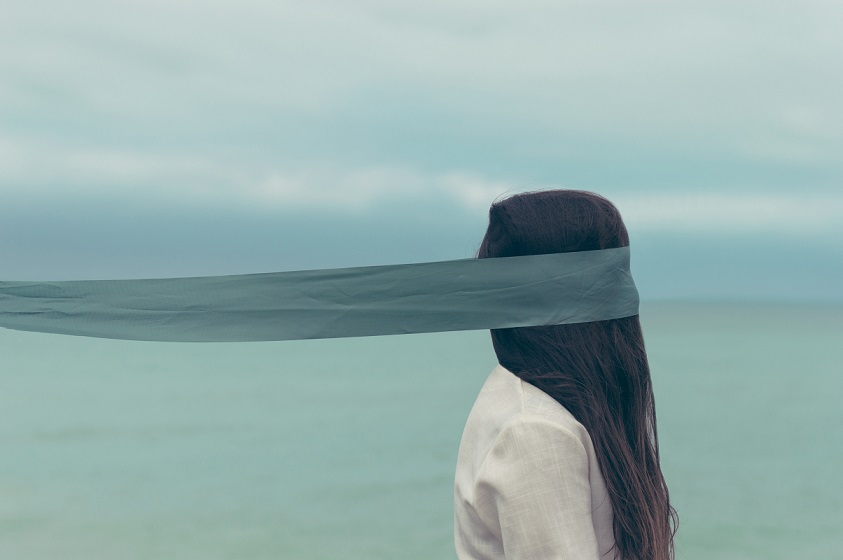 Well, does IUI in unexplained infertility have good success rates?

Remember this is only the results from this literature review (1). There may be very real reasons why your odds are better (or worse) for a particular treatment and only a conversation with your doctor about all the alternatives can clarify that.

What this literature review did was compare a number of the different protocols of IUI against each other. These were:

1. IUI without stimulation when compared with timed intercourse, also without stimulation was found to have no evidence of a difference in cumulative live births between the two groups. The evidence suggested that if the chance of a live birth with timed intercourse was assumed to be 16%, that of IUI would be between 15% and 34% (remember the results are reporting cumulative birth rates, not birth rates per cycle).

2. IUI versus timed intercourse, both in a stimulated cycle – again the study reported that there was no evidence of a difference between the two treatment groups with the evidence suggesting that if the chance of achieving a live birth in timed intercourse was assumed to be 26%, the chance of a live birth with IUI would be between 23% and 50% (though I can see what you are thinking, it looks like the IUI was still better, though remember that this is cumulative birth rates and the difference may not have been statistically significant)

I find this one particularly interesting as surely an IUI in a stimulated cycle would be better than just letting nature do run it’s course? What it does say though, is that in the context of this particular study, for women who are experiencing unexplained infertility, there is still just as much of a chance that a pregnancy may still occur by trying through the ‘old fashioned way’ than by having a full blown IUI!

Personally, I find it is difficult to see any rhyme or reason as to the above results. In some cases it is the IUI itself that seems to improve success rates but sometimes it doesn’t.  Other times medication might be key to success but then this is not continued. And then in another scenario a stimulated IUI had no statistically significant improvement over ‘expectant management’!  It did appear though that if you had decided that you needed to take action and see if an IUI was going to work for you, IUI with medication was the way to go.

The author of the study came to the conclusion that:

There was no conclusive evidence of a difference between most treatment groups in cumulative live birth rates (i.e. rates at conclusion of a course of treatment)… for couples with unexplained subfertility undergoing IUI when compared with timed intercourse, both with and without ovarian hyperstimulation

Before you ask your fertility specialist why you are doing one set of protocol over another, remember the following:

As said previously, although this was a comprehensive review of the literature done to date these results are not necessarily the be all and end all and there is definitely room for the results to change in the future with more research.

At the moment it may appear that IUI for couples with unexplained infertility IUI isn’t necessarily the best evidence based approach to take, but does that necessarily mean that IVF is? IUI is cheaper and often physically easier for many women. For those reasons it still may be a very worth while first port of call when entering the world of fertility treatments.