The EmbryoScope seems to be the latest ‘big thing’ in the fertility clinics and is being offered by more and more clinics to more and more women.  Although it seems there are definitely benefits to using the EmbryoScope it may not be useful to everyone.  Here are 9 things you need to know before deciding with your doctors whether or not to use the EmbryoScope:

Essentially, EmbryoScope is the trade name for a type of incubator that uses time-lapse photography to continuously monitor the embryo as it grows in the laboratory.

In traditional IVF, the sperm and egg are mixed together in a dish, hopefully the magic happens and the sperm fertilises the egg, or, if you are doing ICSI, the embryologist will inject the egg with the sperm, again, hopefully the magic happens and the eggs fertilise.  The fertilised eggs, now embryos, are in their ‘dish’, surrounded by a ‘culture’ which is a substance that supports the growth of the embryos.  The embryos are then placed in an incubator.  The incubator enables the embryos to be locked away in an environment controlled for temperature, humidity, pH and gases (such as carbon dioxide, oxygen and nitrogen).  About once a day the incubator is opened to monitor fertilisation rates, embryo morphology – that is what they look like, monitoring how many cells are there, if the cells dividing appropriately, if there is fragmentation and if the nuclei are behaving appropriately, just to name a few of the markers that are monitored. Each time the incubator is opened the highly controlled environment the embryo is in is disturbed.  Therefore, it makes sense that the least amount of times the incubator can be opened the better.

By monitoring embryos in this way, the only information that technicians have on what has happened over the past 24 hours is what you can see at that very point in time.  It provides a ‘snapshot’ so to speak.  Cells can divide at different rates, can reverse the number of cells they have and nuclei can come and go over a 24 hour period.  These events can be easily missed if only checking on the embryos once a day.  All these events are also known to have significant impact on implantation rates and ongoing success of an embryo, therefore if extra information can be provided on early cell development it will be easier to choose the best embryos capable of ‘going the distance’.

What the EmbryoScope does is allows many photos (amount of photos per hour can be chosen by your laboratory) to be continuously taken of the embryos without them needing to be taken out of the incubator and disturbed.  This ensures that the environment they are contained in is kept constant at its optimal settings.   It also enables much more information to be collected on how your embyros have behaved over the last 24 hours and in theory the embryo that has shown the most favourable development and seems to be the best can be chosen. 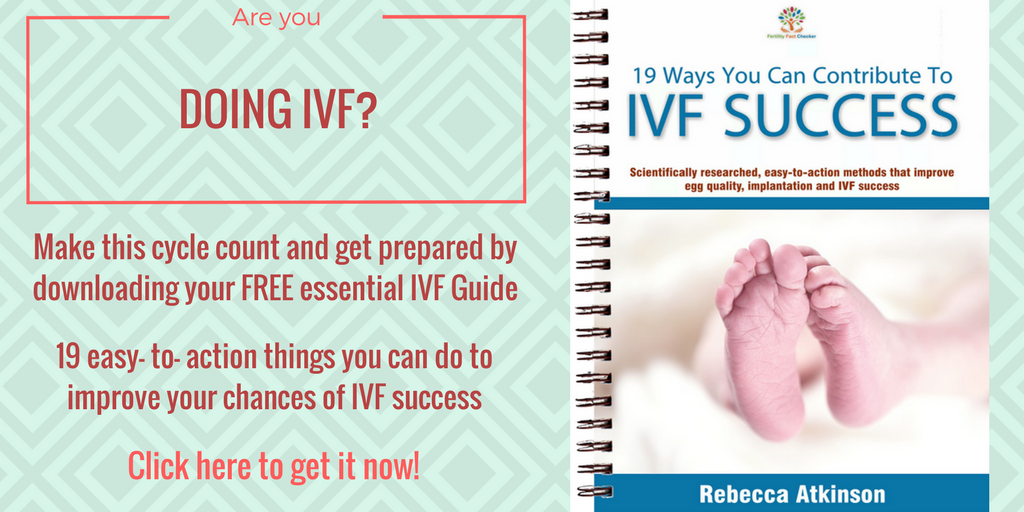 2. Your embryos are kept at the ideal conditions for more time

The people that make the EmbryoScope, Virtolife report that the EmbryoScope incubator can hold up to 72 embryos – that is six clients can store up to twelve embryos at a time.  This makes the EmbryoScope much smaller than a standard incubator.   Because of this the environment inside the incubator is able to return to the ideal pH, temperature and gas levels at a much quicker rate when it has been disturbed.  This is important because although the embryos do not need to be taken out to monitor them, the doors of the incubator do still need to be opened from time to time to place new dishes in or change culture media and the quicker the embryos can be returned to that ideal environment the less they are disturbed leaving them to grow into happy and healthy day 3 or 5 embryos!

3.  Early evidence says that it can increase your chances of an ongoing pregnancy. 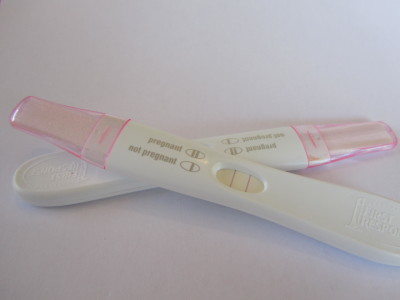 OK, so this is perhaps the thing that we want to know the most.  One recent study (1) compared the ongoing pregnancy rates for women with embryos that were grown in a standard incubator against the pregnancy rates for women who had embryos grown in the EmbryoScope. What they found was that for women with embryos incubated in the EmbryoScope, there was a higher rate of ongoing pregnancy (54% for women with embryos grown in the Embryoscope versus 45% for women who used a traditional incubator) for each transfer. They were also shown to have lower early pregnancy losses and higher implantation rates, though interestingly the pregnancy rate was not statistically different. What this possibly indicates is that although there may be no statistical difference in getting that initial BFP by using the EmbryoScope and the information that is collected on your embryos early development, it allows for healthier embryos to be selected that are capable of going the distance and that are less likely to be abnormal which typically results in early miscarriage.

4.  The culture that the embryos are in in the EmbryoScope is different (and some say better).

The culture system your embryos are grown in are different when using the EmbryoScope then what is used in the traditional incubators.  One study (2) looked at if more fertilised eggs would grow to blastocyst when using the EmbyroScope as opposed to just a normal incubator.  What they found was more embryos grew to blastocyst stage in the EmbryoScope then in the normal incubator.  Remember the EmbryoScope is mostly being used as a monitoring system to pick out good embryos – and it can’t magically turn a bad embryo good – it just hopefully helps laboratory staff pick the best one to transfer.  Therefore the fact that the study found more blastocysts were produced is kind of interesting, because up until now the EmbryoScope wasn’t expected to change the development of the embryos.  The scientists who conducted this experiment thought of a couple of reasons for this result.  One was that, as we have already discussed, the environment in the EmbryoScope was able to return to those ideal conditions much faster than a traditional incubator and the other reason was that culture system and EmbryoScope slides were different and possibly better at supporting growth to blastocyst then traditional incubator culture and equipment.

5. Its still only experimental.

Although there does seem to be some promising data coming out supporting the EmbryoScope it is still a new technology.  A recent metaanalysis published in the ‘The Journal of Assisted Reproduction and Genetics’ (3) warns that despite the initial optimism, the data is insufficient to warrant the extra cost to prospective parents.  In fact they were only able to find four studies that investigated using time lapse monitoring of embryos and the impact of using this method for selection on ongoing pregnancy rates.  Needless to say, as always it seems in fertility research, more studies would be beneficial.  Saying that though, all technologies and advances are new at some stage, so as long as your doctor isn’t concerned that there could be any disadvantages and if your clinic is one of the ones that provides the use of EmbryoScope free of charge, then surely there are not costs to trying?

If your clinic is not one of those clinics offering it to you free of charge, the extra costs on top of your normal IVF or ICSI charges can be significant.  In Australia the extra costs to you can be between $0 to $800… a wide variation! Because there is no Medicare number for this you are also unable to claim any out of pocket expenses.   In the UK I have seen quoted surcharges of between £400 –£600.  The EmbryoScope, from what I have seen, doesn’t seem to be as widely advertised in America (please correct me if I am wrong!) but when it is used, the cost of it seems to be included into the cost of the IVF cycle and isn’t charged as an extra.  Clearly, this is one of those things that needs to be discussed with your clinic.

7. May not be helpful to you if you are a ‘poor responder’.

You may already have the gist, but the idea of the EmbryoScope is to help laboratory staff chose the best embryo out of your batch for you to transfer.  Ladies who traditionally don’t have success with IVF cycles generally don’t produce many viable embryos. (This is a big generalisation though!) Therefore if you don’t have many embryos the need to use the EmbryoScope to pick the best one isn’t necessary because you may only have one or two available anyway.  In this case it doesn’t really matter what your embryo looked like at every stage because chances are you are going to transfer it regardless.  Saying that though, even if you don’t have many embryos and its not going to help your treating team chose the best embryo it still might be helpful to them from a diagnostic point of view.  That is they can see exactly where and when the embryo does (or doesn’t!) stop developing normally which might be helpful in planning future treatments.

8. May not be helpful if your clinic grows embryos to Day 5 as routine. 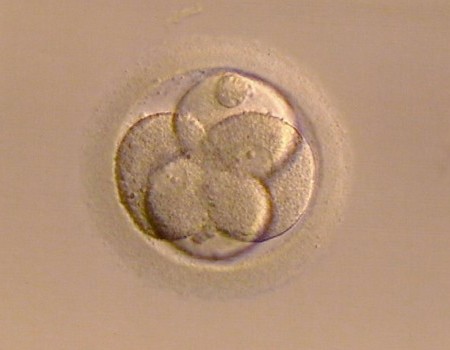 EmbryoScope is mostly used to pick the best embryo up to day 3.  For clinics that routinely grow their embryos to blastocyst stage the EmbryoScope may not be considered as important.  Though as discussed above, with studies showing that an embryos early development, development that is best seen in the EmbryoScope, having a positive impact on ongoing pregnancy rates, this seems to be a bit of a short sighted reason.  Simply getting to blastocyst stage, in whatever shape or form, isn’t necessarily enough to go the distance.  It would still be good to know what happened in those early days to chose the best one for transfer.

9.  Its going to become more and more useful.

As the EmbryoScope is used more and more, laboratory staff and our doctors are going to be able to learn and collect much more data on embryo development than ever before. This will hopefully let them learn new things about how an embryo develops in the very early stages and its impact on implantation, ongoing pregnancy and the chances of the take home baby we always talk about.  One journal article (4) suggests that by watching the appearance of the embryo very closely embryologists can watch out for distinct milestones and markers in the embryo development.  By using this information they will then hopefully be able to develop more of a ‘predictive model’ for the embryos success.  What they hopefully aim to do is identify by day 2 or 3 which embryos are those destined to become your take home baby by examining how it looks and behaves.  By identifying the embryos at this much earlier stage this means that they don’t have to grow to blastocyst in an artificial environment – a situation which is sometimes associated with problems of its own.

Whether or not you chose to use the EmbryoScope is up to you in consultation with your doctor.  By discussing things through with your doctor taking into account your own individual circumstances can you make the best informed decision.